Since the New Parks for a New Century initiative was launched in early 2003, a number of significant sites have been added to the state parks system as State Natural Areas. In this way, the state parks system is working to fulfill its mission to protect representative samples of North Carolina’s archaeological, geological, biological, scenic and recreational resources.

These additions to our list of protected natural treasures include: Part of the Jordan Lake State Recreation Area, this corridor of the lower Haw River is approximately 1,000 acres in size. It ranges along both sides of the river in Chatham County just north of the Jordan Lake State Recreation Area. This area has long been popular with hikers and canoeists, and is remarkable for its steep slopes and rock outcrops. Preservation of the natural area will aid in protecting the water quality of the Haw, a major tributary of the Cape Fear River. The Haw is home to at least two endangered species: the Cape Fear shiner and Septima’s clubtail dragonfly.

The Lower Haw State Natural Area is the former Haw River Division of Duke Forest. It runs on both sides of the river from just south of the old Bynum bridge to just beyond the US 64 bridge, where it meets up with land already protected for Jordan Lake. Identified in the 1992 Chatham County Natural Heritage Inventory as an area of statewide importance, the property boasts multiple significant features, including providing habitat for rare species and providing more than four miles of river and stream buffer to protect the water quality buffer of Jordan Lake, which serves as drinking water source for many Triangle-region communities. 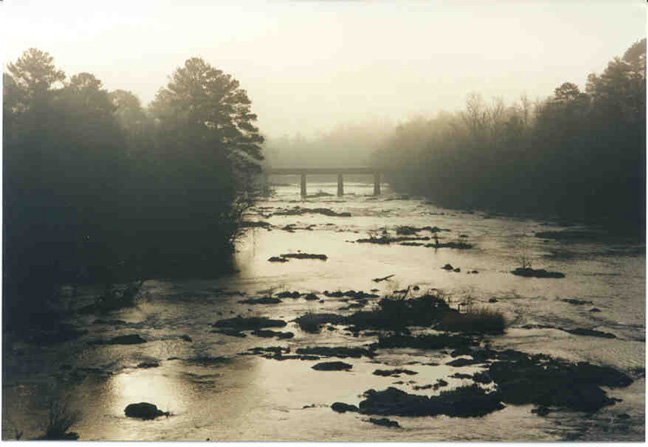